The first assets created for the game was for the underground (subway) sections of the game for use as a prototype.    This consisted of five pakfiles: an entryway, two subway network sections, a damaged train platform, and an engineering room.   I was directly responsible for the entrance and engineering bay pakfiles.   I also did the bulk of the work on the subway tunnels with significant polish on that tileset executed by Anthony Vitale.    Additional work was done on the tileset, to make it compatible with updated tools, by Austin Montgomery.     The tilesets and assets from the prototype were liberally used in the final game, though I rarely was involved with setting up those levels.

I have included a render from Catacombs 020, which uses the underground tunnel tileset.   Due to time constraints I did the bulk of the lighting.

Most of the images below are screenshots from the 1886 prototype (taken in 2012,) note the more primitive version of Galahad.    Lighting by Nathan Phail-Liff and materials by Erin Mckown and Bobby Rice. 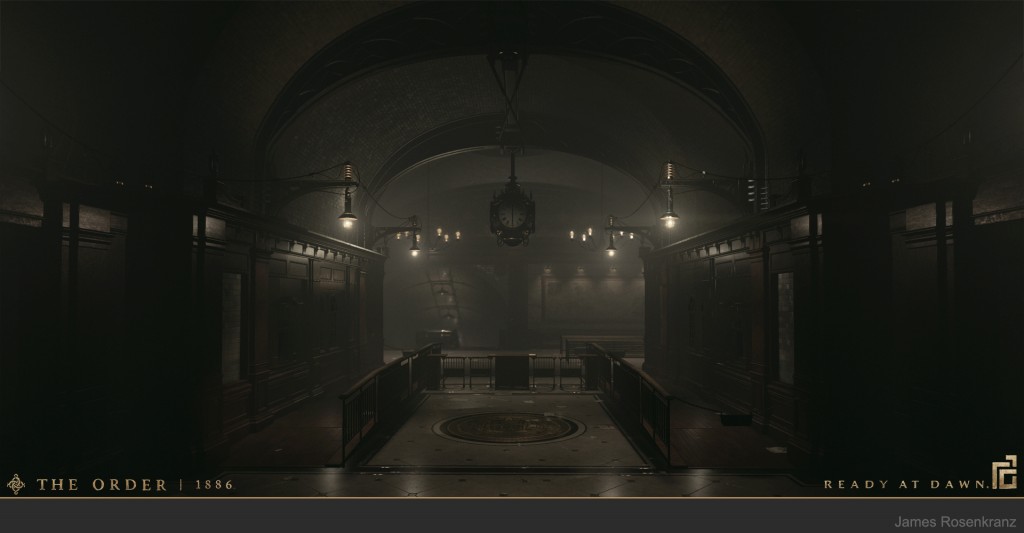 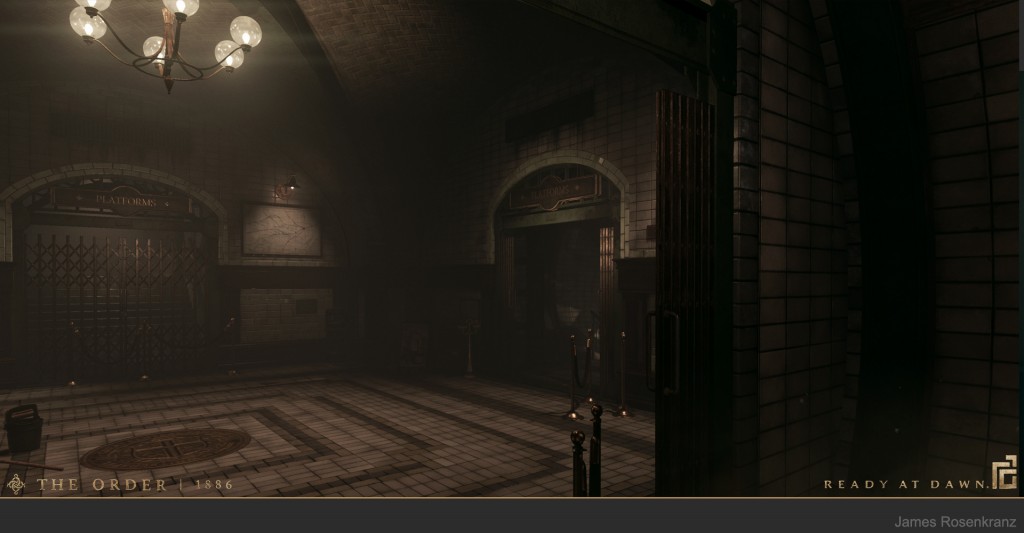 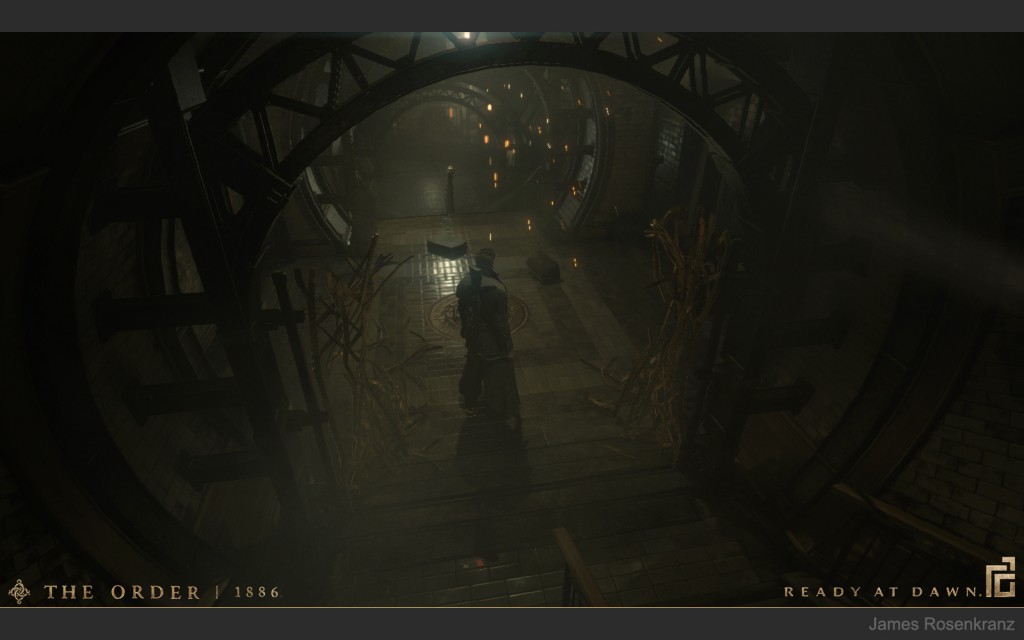 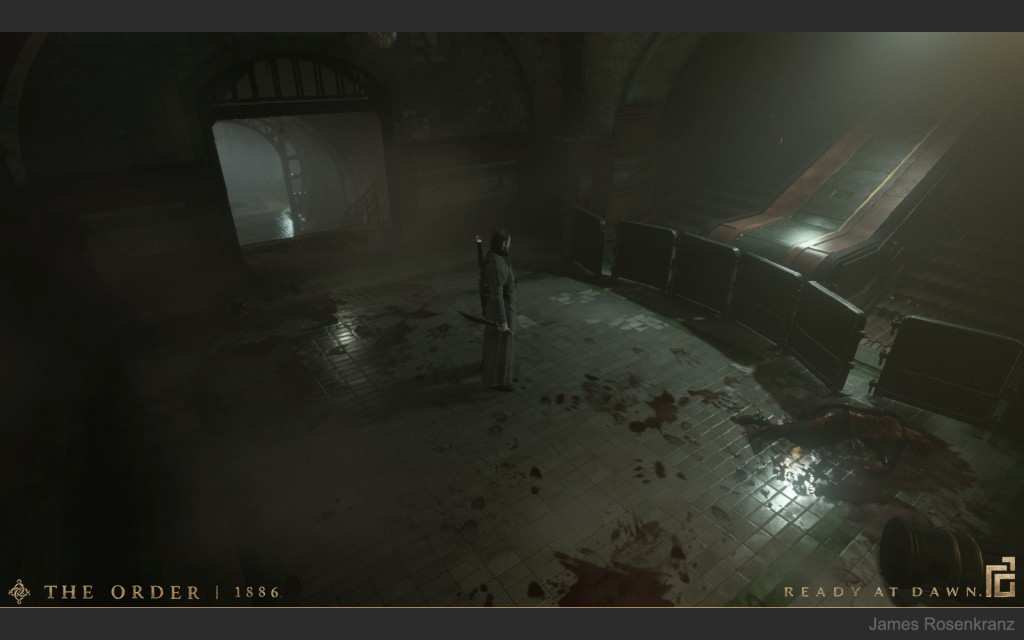