This was the first level put into production after the prototype.    I set up the tileset and built the room before moving onto the airship – at which time Neil Davies did an initial lighting pass.   As the story became better understood and tools were developed and updated, the room needed to be revisited and refined for the final product – and this task was given to David Lieu.    Materials were provided by Bobby Rice and Megan Parks and final lighting was done by Nathan Phail-liff.  The large golden canopy and throne were done by Hugo Beyer. 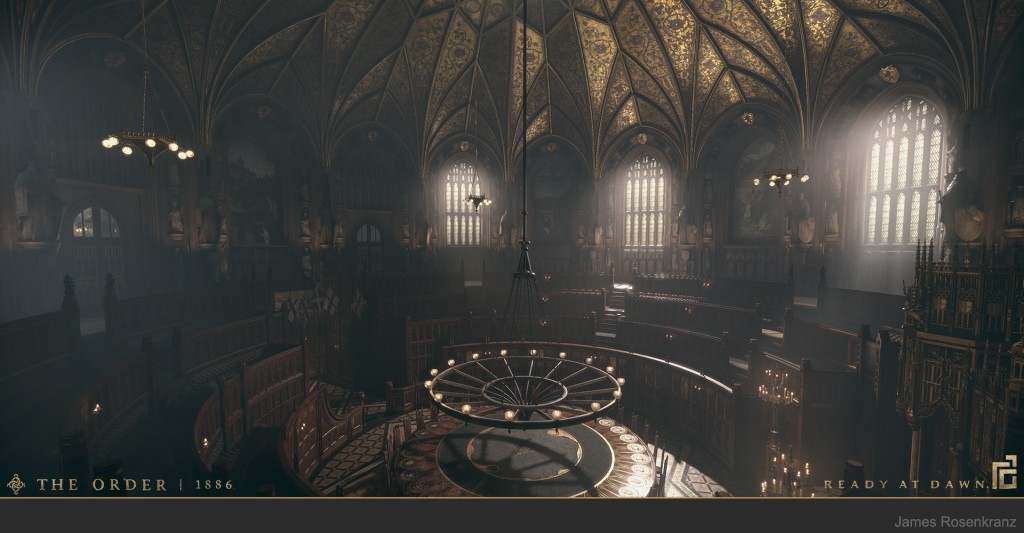 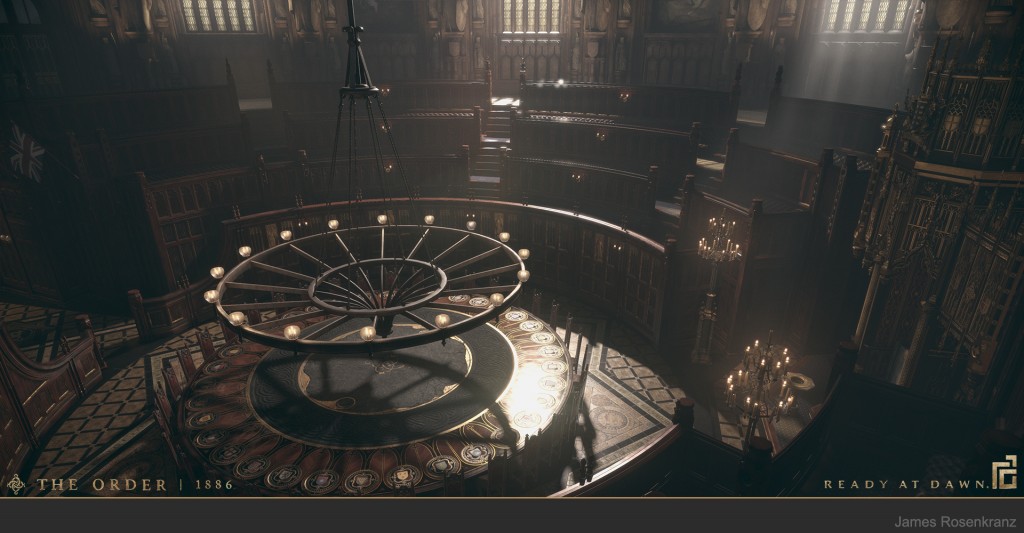 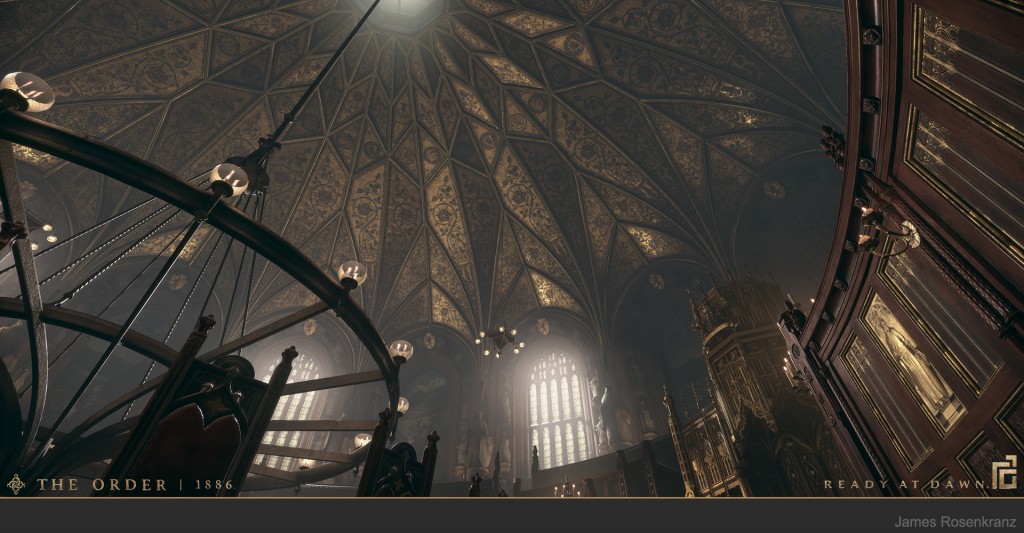 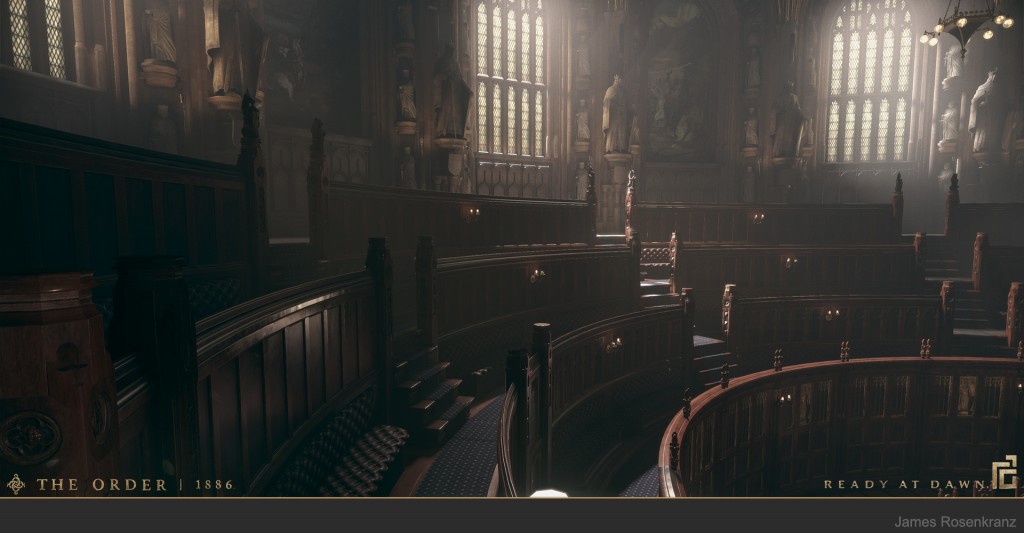